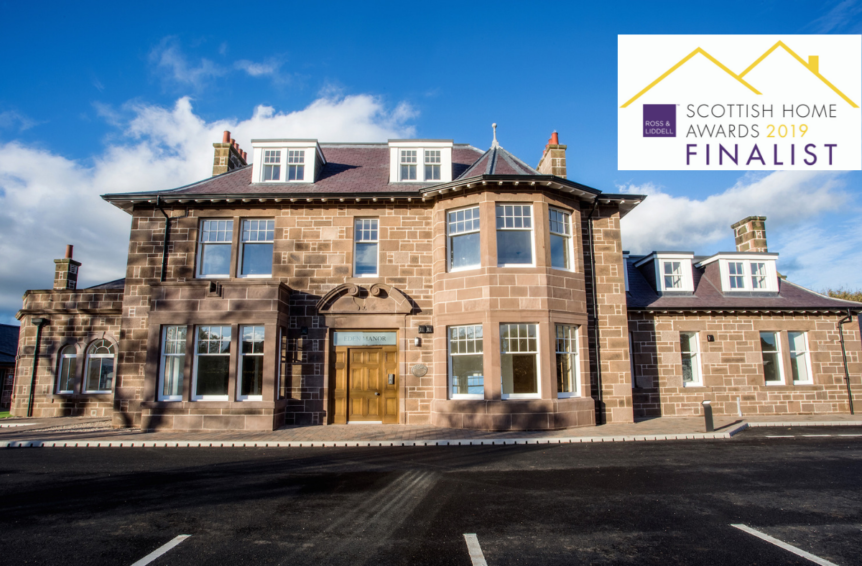 “The judging panel were pleased to welcome the Eden Manor development into this year’s Scottish Home Awards and congratulate Fotheringham Property Developments on being selected as a finalist.”

“While working with John D Crawford Architectural Services at the design stage, we quickly grasped the sense of excitement around the project. This continued to grow throughout the renovation, particularly as we moved onto the construction and handover to the new residents as were able to showcase the restoration of the main features of the abandoned C-listed building into modern homes.

We are both proud and a little overwhelmed by the fantastic feedback that we’ve had on the restoration of Eden Manor. While seeing the impact that the restoration has had for the residents moving in and the local community has been extremely rewarding, being named as a finalist for a further two awards

Winners will be announced at The Scottish Home Awards and Dinner on Thursday 13th June, 2019 which takes place in Glasgow.